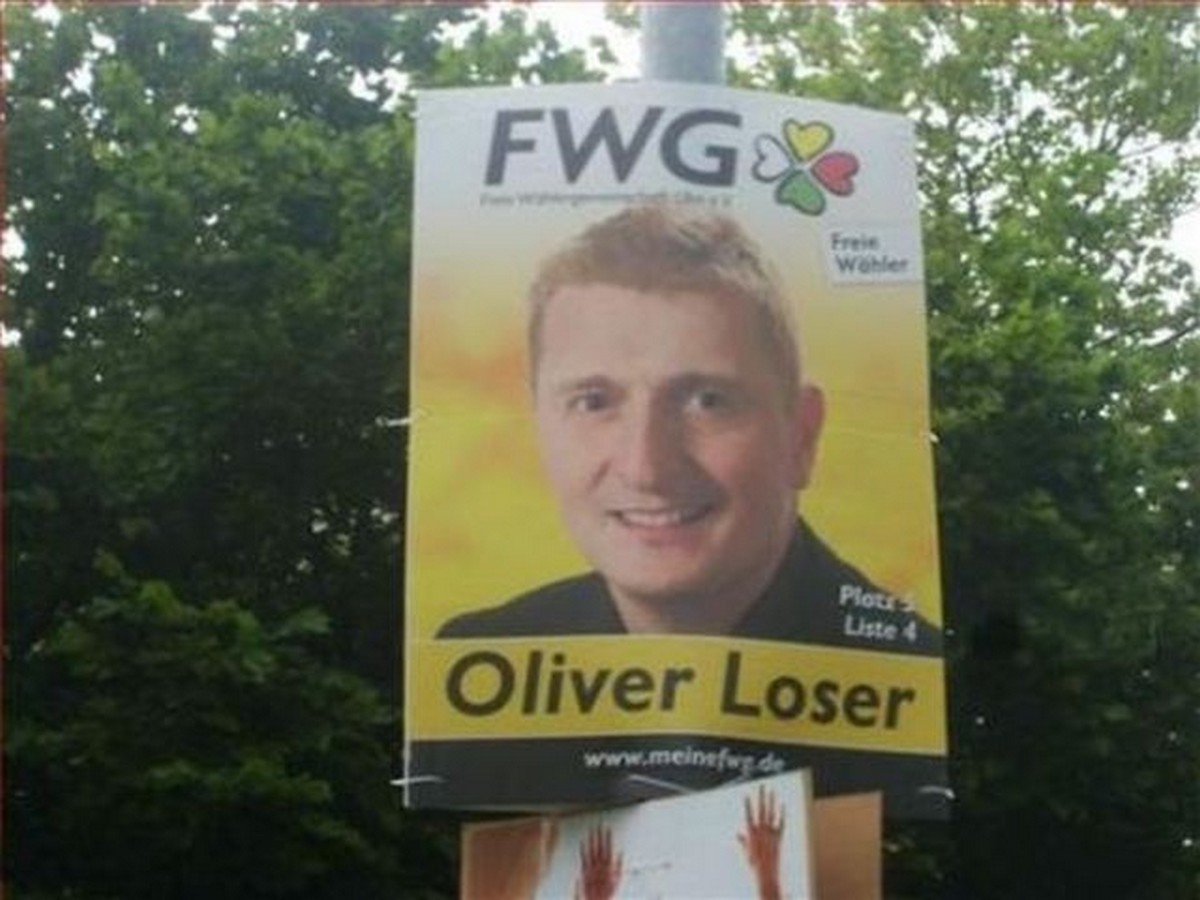 Apparently, this German guy was a local politician who was a candidate at his local government elections. However, this guy was a loser and didn’t win those elections. You are such a loser, Oliver Loser!