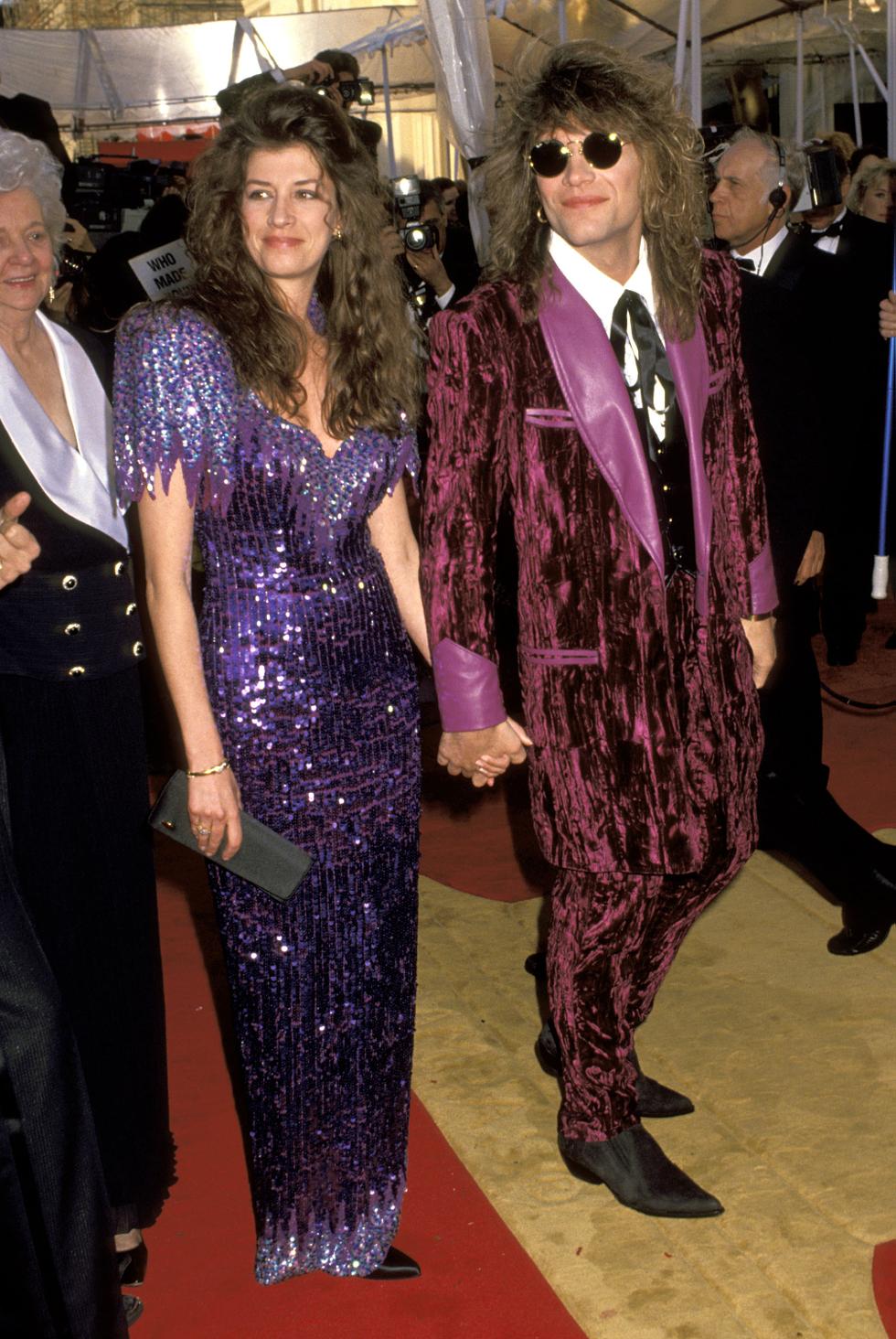 Jon Bon Jovi aka Bon Jovi is a truly excellent singer. However, his style was at certain points not excellent at all. For example, the tuxedo he wore at the 1991 Academy Awards was proclaimed as one of the worst male outfits at that glamorous event.

And how it wouldn’t be proclaimed as one of the worst outfits when it is a freaking purple velvet tuxedo? Not even Prince would wear such a piece of clothing. However, as the years passed, Jon Bon Jovi luckily improved his fashion style.